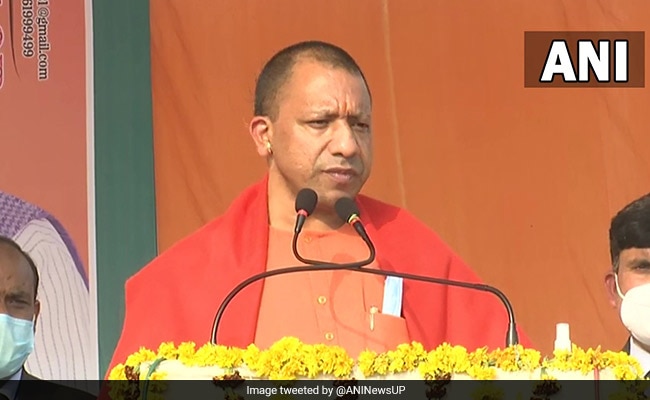 Ahead of Assembly polls, Uttar Pradesh Chief Minister Yogi Adityanath on Friday declared assets worth Rs 1,54,94,054 in his election affidavit which includes cash in hand, the balance of bank accounts, and fixed deposits.

Chief Minister Yogi also declared in the affidavit that he owns a gold earring weighing 20 gm worth Rs 49,000 and a gold chain with Rudraksha weighing 10 gm worth Rs 20,000. He carries a smartphone having a price of Rs 12,000.

The affidavit said Yogi Adityanath owns a revolver worth Rs 1,00,000 and a rifle worth Rs 80,000. He also declared that there is no vehicle registered in his name.

Notably, Yogi Adityanath, a five-time MP from Gorakhpur, is contesting the assembly elections for the first time. The polling in the Gorakhpur Urban seat will be held on March 3 during the sixth phase of the Uttar Pradesh Assembly elections.

Earlier in the day, Yogi Adityanath offered prayers at Gorakhnath temple, ahead of filing nomination for the state Assembly election.

In the 2017 Assembly elections, the BJP won a landslide victory winning 312 Assembly seats. The party secured a 39.67 per cent vote share in the elections for 403-member Assembly. Samajwadi Party (SP) bagged 47 seats, BSP won 19 while Congress could manage to win only seven seats.