Maximum Temperature In Delhi Drops To 14.4 Degrees Celsius, Lowest For February In 19 Years 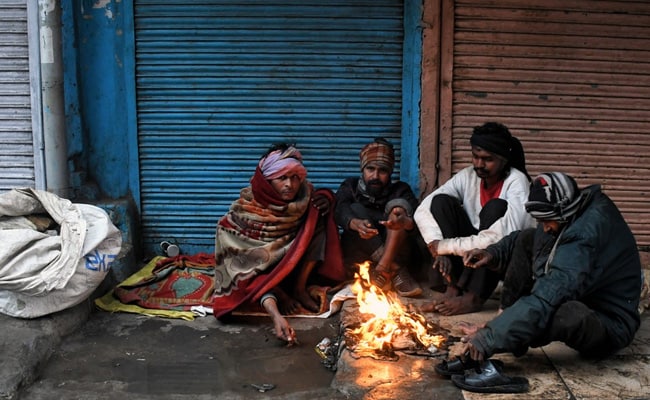 Delhiites shivered due to cold winds that swept through the national capital on Thursday, bringing the maximum temperature down by eight notches to 14.4 degrees Celsius, the coldest for the month in 19 years.

The maximum temperature recorded on Thursday is the lowest in the last 19 years for this month. It was on February 1, 2003, when the national capital had recorded a high of 14.3 degrees Celsius.

Thursday’s maximum temperature is the fourth-lowest recorded for the month in the last 71 years.

The minimum temperature recorded on Thursday morning was 11 degrees Celsius, three notches above the season’s average.

The national capital recorded 0.2 mm of rainfall between 8:30 am and 5:30 pm. Humidity levels oscillated between 74 per cent and 95 per cent.

The weatherman has forecast very light rain or drizzles for Friday, with partly cloudy skies. The maximum and the minimum temperatures are likely to settle at 17 and nine degrees Celsius, respectively.

Despite rains, Delhi’s air quality was recorded in the ‘very poor’ category as the 24-hour air quality index (AQI) read 321 at 4 pm.

The AQI of neighbouring Faridabad was 331, Ghaziabad 305 and Gurugram 320.

According to the government’s air quality forecast agency SAFAR, the AQI is likely to improve due to rain and gusty winds.

“Intermittent rain is expected on Friday which will improve the AQI further to ‘lower end of poor’ or ‘moderate’. From February 5 onwards, air quality will gradually degrade as the rate of accumulation of pollutants is likely to be more than that of ventilation,” it said.

(This story has not been edited by NDTV staff and is auto-generated from a syndicated feed.)