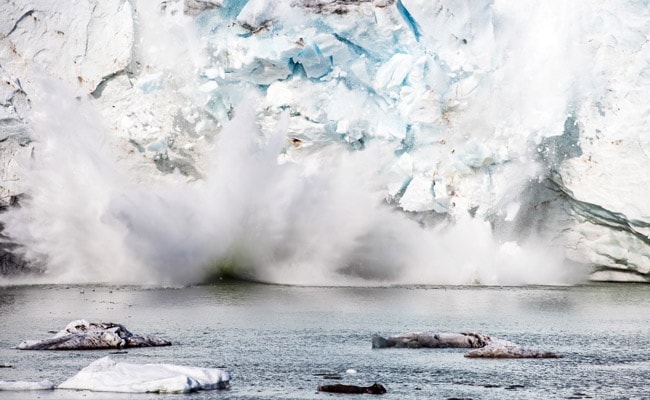 Greenland’s immense ice sheet has lost enough ice in the past 20 years to submerge the entire United States in half a metre of water, according to data released this week by Danish researchers.

The climate is warming faster in the Arctic than anywhere else on the planet and melting ice from Greenland is now the main factor in the rise in the Earth’s oceans, according to NASA.

This represents 4,700 cubic kilometres of melted water — “enough to cover the entire US by half a meter” — and has contributed 1.2 centimetres to sea level rise, the Arctic monitoring website added.

Polar Portal’s findings are based on satellite imagery from the US-German GRACE programme (Gravity Recovery and Climate Experiment), which showed the ice melt to be most severe near the coasts of the Arctic territory, at the edge of the ice sheet.

In these peripheral zones, “independent observations also indicate that the ice is thinning, that the glacier fronts are retreating in fjords and on land, and that there is a greater degree of melting from the surface of the ice”, the website said.

The west coast of Greenland is particularly affected, according to the data.

Climate change is particularly alarming in the Arctic, which scientists say is warming at a rate three to four times the global average.

According to a study published by NASA in late January, the accelerated melting near Greenland’s coasts can be explained by the warming of the Arctic Ocean.

The phenomenon “is melting Greenland’s glaciers at least as much as warm air is melting them from above”.

Melting ice from Greenland is currently the main factor in the rise in the Earth’s oceans and the territory’s glaciers are now retreating six to seven times faster than they were 25 years ago, the US agency added.

Arctic sea ice cover, although its melting has no effect on sea levels, has also shrunk considerably, losing almost 13 percent of its average surface area every 10 years.