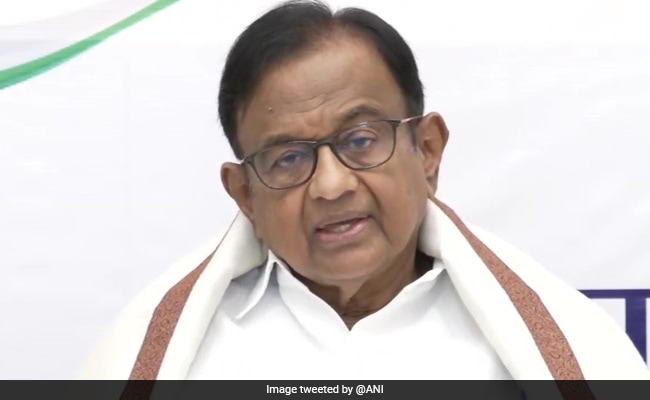 The Union budget unveiled by finance minister Nirmala Sitharaman today will be rejected by the people, the Congress said today. The party’s senior leader P Chidambaram, who was the finance minister in the Manmohan Singh government, especially issued a sharp takedown, telling reporters that the ‘budget speech was the “most capitalist speech ever” and the Finance Minister “has mastered the jargon of capitalist economics”.

There was not a word about reviving MSMEs (Small and Medium Industries) or on cutting indirect taxes… not a word on cash assistance to poor,” Mr Chidambaram told reporters, pointing out that in the last two years, millions of jobs have been lost.

“There are worrying macro-economic indicators… every key subsidy has been slashed… people will reject this capitalist budget,” he added.

Mr Chidambaram also tweeted a statement to explain his strong reservations about the budget.

My opening statement on the Budget 2022 pic.twitter.com/tRdgvW7iLa

In the two pandemic years, 84 per cent of households have suffered a loss of income, he wrote.

“After the Budget was presented this morning, we asked ourselves what has the Budget done to address any of these grave challenges. The blunt answer is NOTHING,” he wrote, accusing the government of being “Obdurate and Callous”.

“I was astonished that the Finance Minister was outlining a plan for the next 25 years, which she called the Amrit Kaal, The government seems to believe that the present does not need any attention and the people living in the present can be asked to wait patiently until the Amrit Kaal dawns. This is nothing but mocking the people of India, especially the poor and the deprived,” he added.