On CCTV, Near Red Fort In Delhi, 3 Men Shot In Road Rage 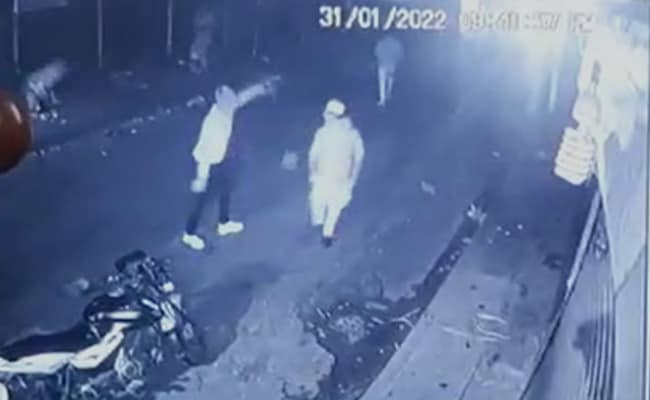 The police said the CCTV footage from the incident helped them identify the accused.

Three men were injured after they were shot at by a group during an incident of road rage near the Red Fort area in north Delhi, the police said today.

The injured have been identified as Aabid, Aman and Difaraz, the police said, adding that they received injuries on their leg, thigh and back and are under treatment at a hospital.

Their condition is stable, they said.

According to the police, the incident took place on Monday night when Mohammad Shahid, engaged in supplying motor parts, was returning home on his two-wheeler after having dinner with his wife.

When he reached near his house in Angoori Bagh area, two men on a two-wheeler coming from the opposite direction, accidently brushed past Mr Shahid’s vehicle causing minor damages, the police said. This led to an argument between them and Mr Shahid asked the two men to get his vehicle repaired.

Locals of Angoori Bagh area also gathered at the spot. One of the two men called his brother who also arrived at the spot along with his associates, a senior police official said.

The locals caught hold of the men but to escape from the spot, the two men — whose vehicles had brushed past Mr Shahid’s two-wheeler — along with their associates opened fire. They fired five rounds — one in the air and four aimed at the locals, he said.

The police said the bullets hit three men, including Mr Shahid’s brother Aabid, and two others who had intervened. All of them were taken to a nearby hospital where they are being treated, the police said.

The police said the incident, captured on CCTV cameras, helped them identify the accused and establish the sequence of events. Deputy Commissioner of Police (North) Sagar Singh Kalsi said a case of attempt to murder (307) of the Indian Penal Code and Arms Act has been registered.