All Except RBI Currency Are Assets, Finance Minister To NDTV On 30% Tax 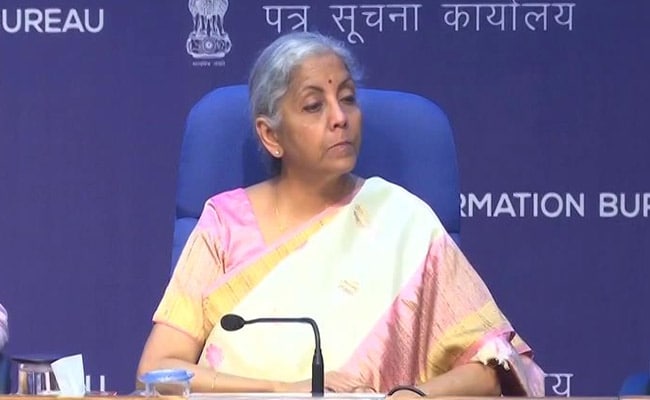 Finance Minister Nirmala Sitharaman has thrown some light into her Union Budget announcement to tax profits from digital assets transactions at 30 per cent. Digital assets, which includes the “crypto world”, according to the Finance Minister, are not to be confused with digital currency, which only the central bank can issue.

Crypto watchers have pointed at policy uncertainty over taxing digital assets at a time when cryptocurrencies are not under any regulation.

“I don’t wait till regulations come in place for taxing people who are making profits. Can I?” Ms Sitharaman told reporters at a media briefing after her Budget speech in parliament.

On a question by NDTV on the new tax, the Finance Minister said the government is only taxing profits made on digital assets and “not taxing currency that is yet to be issued.”

“I said the Reserve Bank (of India) will be issuing a digital currency. A currency becomes, or, a currency is a currency only when it is issued by the central bank, even if it is crypto. Anything outside of that, even loosely all of it referred to as cryptocurrencies, they are not currencies,” Ms Sitharaman said.

“Let’s first understand we are not taxing currency that is yet to be issued. And that provision has been now made and the currency in the name of digital rupee will be issued. Exact name you will get a bit later, but the Reserve Bank is the one who is going to issue it. And what Reserve Bank issues is the digital currency. Everything outside of it in the name of digital whatever are assets being created by individuals,” the Finance Minister said.

“And in transacting those assets if there are profits being made, we are taxing that profit at 30 per cent… There will be a 1 per cent TDS (tax deducted at source) in every transaction in the crypto world. So, the distinctions are very clear. Currency is with the Reserve Bank. That will get issued sometime this year. The transactions happening in the crypto world are of different kinds of assets and for that, every transaction gets taxed,” Ms Sitharaman said.

Cryptocurrencies have been under scrutiny by the country’s regulators since first entering the local market nearly a decade ago, with a surge in fraudulent transactions leading to a central bank ban in 2018.

The Supreme Court lifted the ban two years later and the market has surged since, growing by nearly 650 per cent in the year to June 2021 – second only to Vietnam, according to research by blockchain data platform Chainalysis.

Prime Minister Narendra Modi last year warned that Bitcoin presented a risk to younger generations and could “spoil our youth” if it ended up “in the wrong hands”.