Actor Sonu Sood Ahead Of Polls 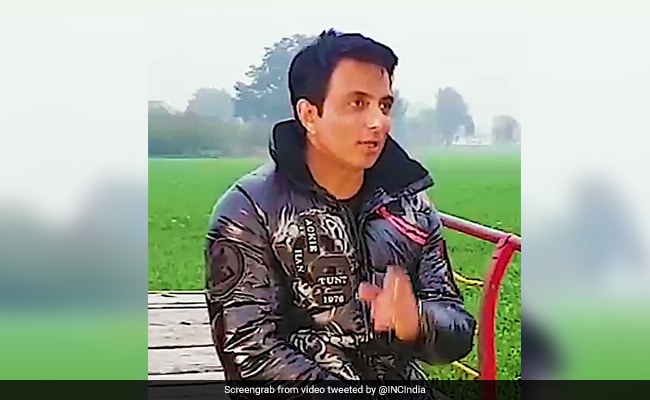 Sonu Sood’s sister Malvika Sood Sachar will be contesting the polls from the Moga assembly seat.

The Congress on Monday shared a short video, showing actor Sonu Sood saying “the real CM” will be the one who deserves to be at the post and not that person who declares himself to be the chief ministerial candidate.

The 36-second video on Twitter, which was retweeted by the Punjab Congress, ends with visuals of Chief Minister Charanjit Singh Channi at different programmes and events.

The clip featuring actor-philanthropist Sonu Sood, whose sister recently joined the Congress, comes ahead of the February 20 Punjab assembly polls and amid speculation that state party president Navjot Singh Sidhu is eyeing the chief minister’s post for himself, if the Congress comes to power.

Mr Channi, who is the first Dalit chief minister in the state, had a few days ago said that the Congress should declare its chief ministerial candidate and pointed out that it has been seen in the past that doing so has favoured the party reap electoral gains.

However, the Congress has not named a chief ministerial candidate. The party will go to the elections under “collective leadership”, it said

He (the person for the chief minister’s post) should be one who is a “back bencher and he should be brought from behind and told that you deserve this and you become (the CM) and when that person becomes, he can change the country”, the actor said.

Mr Sood’s sister Malvika Sood Sachar will be contesting the polls from the Moga assembly seat.

Navjot Sidhu a few days ago had said that people elect MLAs and in Punjab, they will choose their chief minister as well, not the Congress high command. However, he later said that he was not hankering for any post.

Mr Channi was appointed as Punjab chief minister after Amarinder Singh was made to resign in September last year.