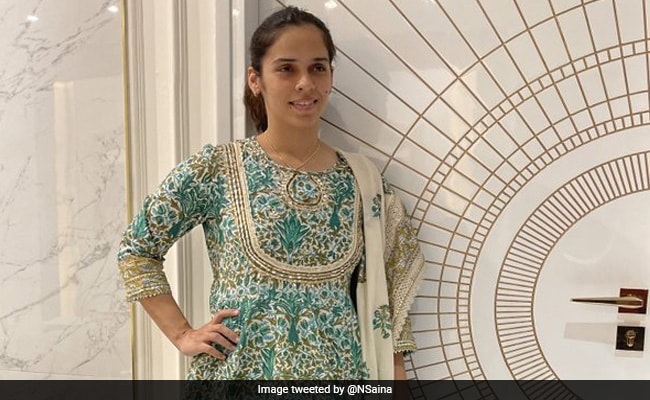 Ms Nehwal had raised concerns on Prime Minister Narendra Modi’s security breach in Punjab, where is convoy had to wait on a flyover for 20 minutes due to a protest on his route.

To this, actor Siddharth had replied, “Subtle cock champion of the world… Thank God we have protectors of India. Folded hands. Shame on you Rihanna.”

In a tweet today, Mr Rijiju, who was Union Youth Affairs and Sports Minister before he was appointed Law Minister, praised Ms Nehwal for being a “steadfast patriot besides being an Olympic medallist.”

“India is proud of Saina Nehwal for her outstanding contributions in making India a sporting powerhouse. She is a steadfast patriot besides being an Olympic medallist. Making a cheap comment on such an icon personality depicts a person’s ignoble mentality,” Mr Rijiju tweeted.

India is proud of @NSaina for her outstanding contributions in making India a sporting powerhouse. She is a steadfast patriot besides being an Olympic medalist ????????
Making a cheap comment on such an icon personality depics a person’s ignoble mentality. https://t.co/L4yV3xdRuh

Siddharth’s tweet was also condemned by other leaders. National Commission for Women’s chairperson Rekha Sharma has said she would take up the matter with the police.

BJP leader Khushbu Sundar said the tweet was “very crass”. “…Don’t get carried with your hatred towards an individual,” Ms Sundar told the actor, who she called a “friend”.

Siddharth in another tweet responded he did not mean to disrespect anyone and his “subtle cock” tweet contained no kind of insinuation. His “Rihanna” tangent referred to the international pop star giving support to farmers who had been protesting against three new farm laws – now withdrawn – in February last year, after which Indian celebrities and leaders had criticised her for interfering in India’s internal matters.

Ms Nehwal had raised concerns over PM Modi’s convoy’s being stopped for some 20 minutes on the flyover in Punjab’s Bathinda. “No nation can claim itself to be safe if the security of its own PM gets compromised. I condemn, in the strongest words possible, the cowardly attack on PM Modi by anarchists,” Ms Nehwal had tweeted.