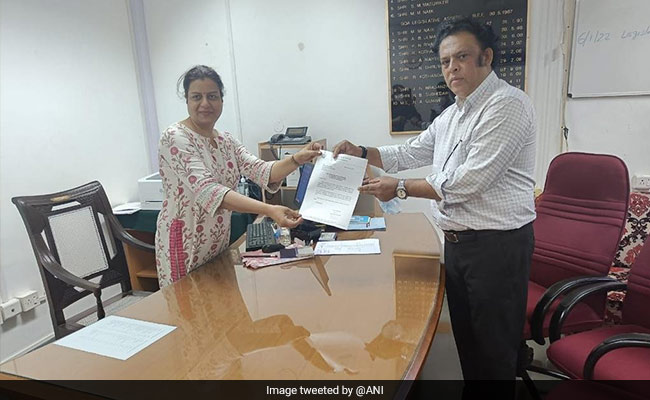 The BJP in Goa has seen two high-profile exits today as it gears up for the state assembly elections on February 14. MLA Pravin Zantye has quit the ruling party hours after Goa minister Michael Lobo quit the BJP saying it is “no longer a party for the common man”.

Pravin Zantye is the fourth MLA to defect from the party ahead of the state elections. The BJP is now left with 23 MLAs in the 40-member strong house.

Mr Zantye, who represented the Maem constituency, had earlier quit Congress after being denied a ticket for the 2012 assembly polls. He joined the BJP ahead of the 2017 state elections. The lawmaker is the son of Harish Prabhu Zantye, who was the state education minister and a Congress MP from North Goa from 1991 to 1996 and an MLA from Maem from 2002 to 2007. Harish Zantye died last year.

The MGP has aligned with the Trinamool Congress in Goa for the upcoming state assembly elections.

Goa Chief Minister Pramod Sawant had earlier in the day brushed off accusations against the BJP by Mr Lobo while announcing his exit, tweeting: “a few defections” driven by greed would not hurt the party at all.

Bharatiya Janata Party is a big family that continues to serve the motherland with full devotion! A few defections, to fulfil the agenda of greed and personal interests cannot deter our agenda of Good Governance. 1/2

Michael Lobo, the state’s Minister for Ports and Waste Management, is likely to join the Congress. He is considered the most prominent Catholic face in the state and is said to have sway in at least half a dozen constituencies. Mr Lobo’s exit may impact the BJP in Goa’s Bardesh, which has six assembly seats including his own constituency Calangute.

A quarter of Goa’s population consists of Christians, and the BJP has seen three Christian leaders exiting the party recently. Last month, two BJP MLAs – Alina Saldanha and Carlos Almeida quit the party. The BJP is said to be sticking to its strategy of consolidating the majority Hindu voters while sidelining other communities.

Mr Lobo had been openly critical of his party in recent months, commenting repeatedly that the BJP was no longer the party that former Chief Minister Manohar Parrikar had built. He also had a public falling out with Pramod Sawant, who took charge after Manohar Parrikar’s death in 2019.

Goa will vote for a new assembly on February 14. Election results in Goa and four other states will be declared on March 10.